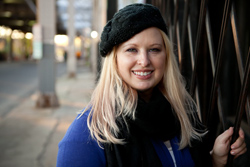 Suzanne Glover is a documentary filmmaker based in Washington, DC. She started her film career in DC as a Production Assistant on Laura Waters Hinson’s film, AS WE FORGIVE, which was given the top documentary prize at the 2008 Student Academy Awards.

Suzanne then interned at National Geographic TV Specials Department in their DC headquarters. She also worked as a co-producer/writer/director for ECOVIEWS, a show for Maryland Public Television on the Chesapeake Bay. This show was also picked up by PBS member stations in NJ, SC, VA and PA. ECOVIEWS won a TIVA Peer Awards in DC and was a National Finalist for the 2010 Student Academy Awards and CINE Golden Eagle Winner. During her time at American University, Suzanne filmed in the Galapagos Islands and worked as an assistant to filmmakers, Chris Palmer, Larry Engel and Bill Gentile. Suzanne currently works for a documentary production company in the DC area, Citygate Films.

Suzanne is a graduate of the University of Georgia (A.B .J. in Broadcast News, B.A. International Affairs), and holds an M.F.A. in Film and Electronic Media at American University in Washington, DC. This is her first feature documentary.

Suzanne in the News: 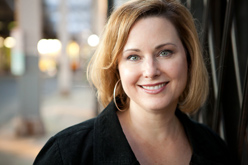 Carolyn has more than 20 years of media experience, working in film, television, and print publishing. She founded Citygate Films in 2009 to produce a slate of documentary feature films. The first film released from Citygate is the 2011 production, THE ROAD WE KNOW, which she co-produced and wrote. Carolyn is currently producing and directing A NOTE OF HOPE and MACH ONE MAC. Prior to starting Citygate, she spent five years producing multi-lingual, international short films for a nonprofit group; three years as a commercial film producer, when she produced the award-winning short film, THE FIVE SPOT; and almost three years as a producer and director of marketing for a national political talk show. Carolyn is also the author of two books and hundreds of articles, and is a frequent conference speaker.

Brad is an independent producer, cinematographer and editor with a diverse background in the biological and physical sciences as well as international development, Latin American affairs and public health. He served for 3.5 years in the Peace Corps in Nicaragua, during which he discovered his passion for documentary film and television through his work on a youth HIV/AIDS broadcast television project.

Since transitioning to documentary filmmaking, Brad has produced and/or filmed several award-winning independent productions both domestically and internationally, including the PBS program EcoViews: Three Stories from the Chesapeake Bay, a National Finalist for the 2010 Student Academy Awards and CINE Golden Eagle Winner; My Village, My Lobster, a one-hour film about indigenous Nicaraguan lobster divers; and Waiting for Oil, an half-hour documentary about the BP Deepwater Horizon oil spill.

Most recently, he worked for PBS Marketing and Communications as an Associate Producer, producing on-air, on-line and radio promos for PBS programs, including the highly-acclaimed Masterpiece series Downtown Abbey and the American Experience film Freedom Riders. He holds a M.A. in Film and Video Production from American University and is currently working in Nicaragua for the renewable energy organization Power to the People. 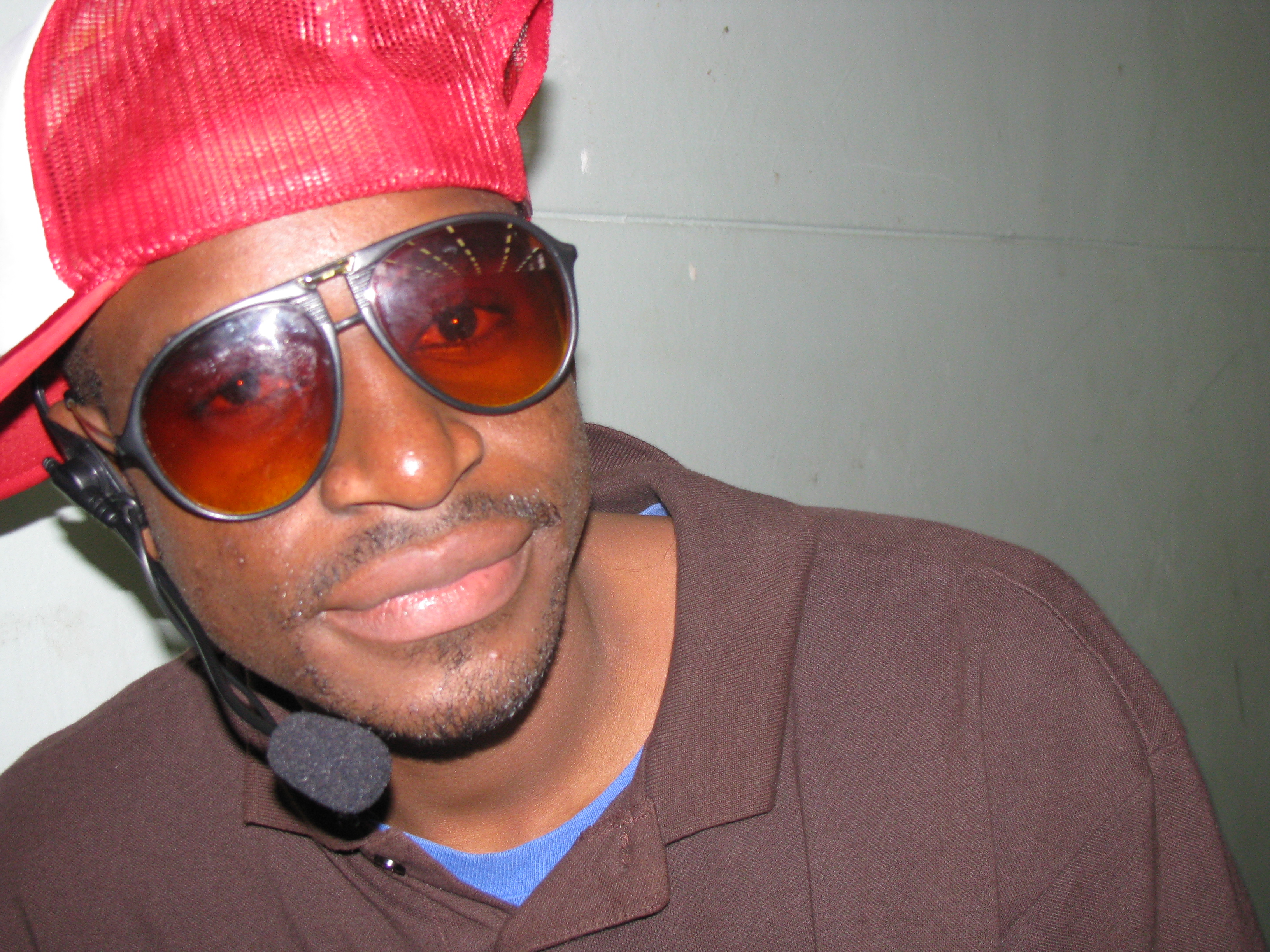 Innocent was born and raised in Botswana, but his family is from Zimbabwe. When we were filming THE ROAD WE KNOW, he was 24. Innocent has an infectious personality and enthusiasm for life. Before the team left for their road trip, he was offered an impressive job at a bank in the capital of Botswana. Feeling that this trip was something he was called to do, he turned down the job. He used his enthusiasm on stage and was overjoyed at the high school kids' reactions to his hip-hop dance moves that he added to the open of the rallies. On the road, Innocent's love and nemesis was a 1989 Land Rover affectionately named "the Beast." He alternately pampered it and kicked it as it broke down time and time again on the long stretches of road between towns.

Update: In 2010, Innocent again participated in "Face the Nation" as the driver for the rally team. "The Beast" did break down a few more times and had to be sent back home with most of the equipment. The rally team had to carry on with just the bare essentials. 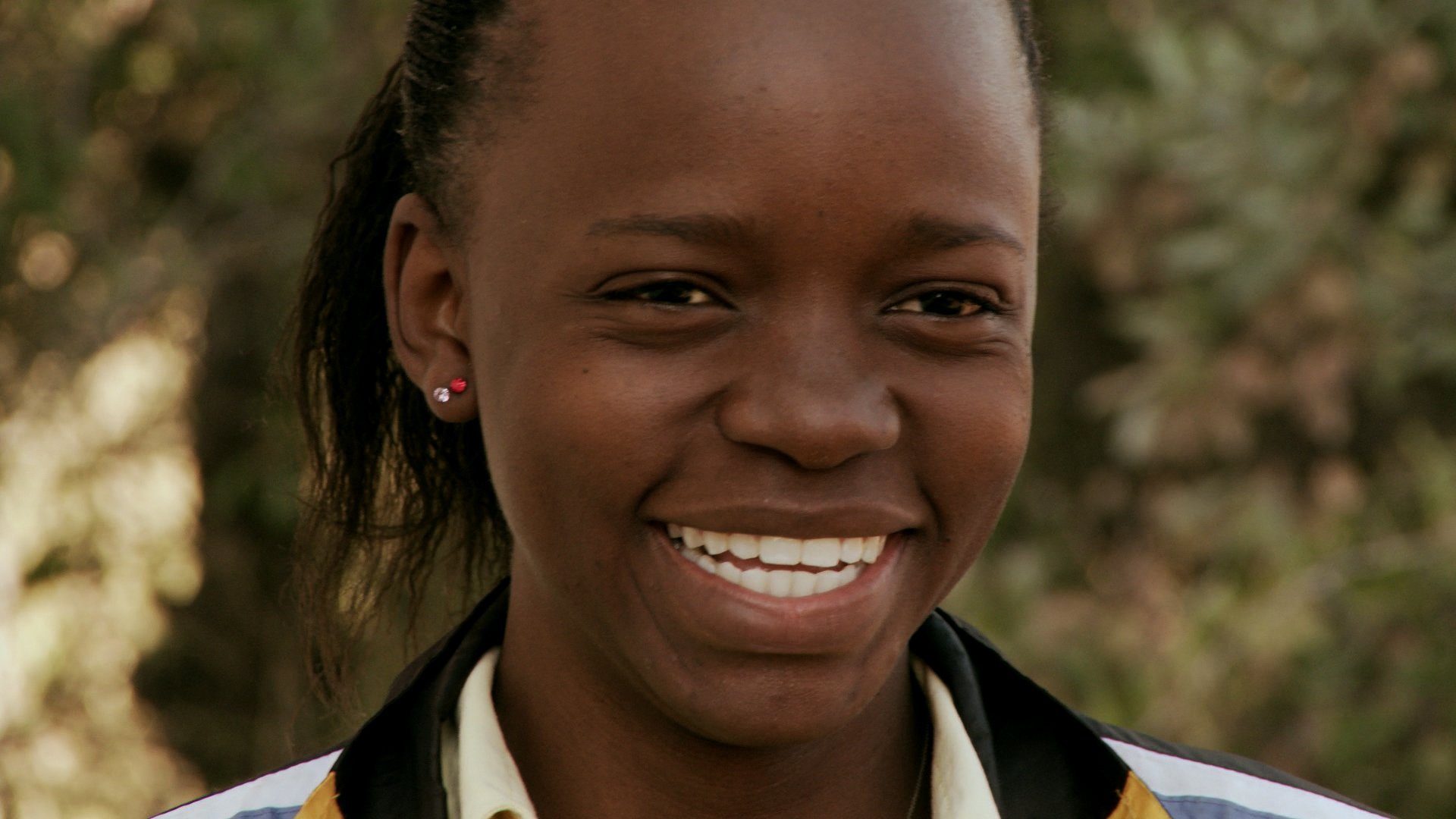 Kez is a "basketballer" and worshiper of God. She is a woman who is whole-heartedly passionate about the things she throws herself into. Only a few days before the team was supposed to leave for the trip, the leader was deported to another African country because of visa issues. So at 21, Kez was tagged to be his replacement. Although she had no formal training, she jumped in and embraced this new role. In a society that expects the men to be in charge, she successfully managed a group of students (and filmmakers!) and all the trip logistics. Her laugh is loud and infectious. Many evenings were spent laughing around the portable stove as we cooked our maize-meal staple.

Update: Kez continued to be an enthusiastic supporter of Face The Nation. In 2010, she returned to train and mentor the next year's volunteers. She graduated from the University of Botswana in 2011 with degrees in French and English and is now pursuing another degree in education with the hope of becoming an educator. 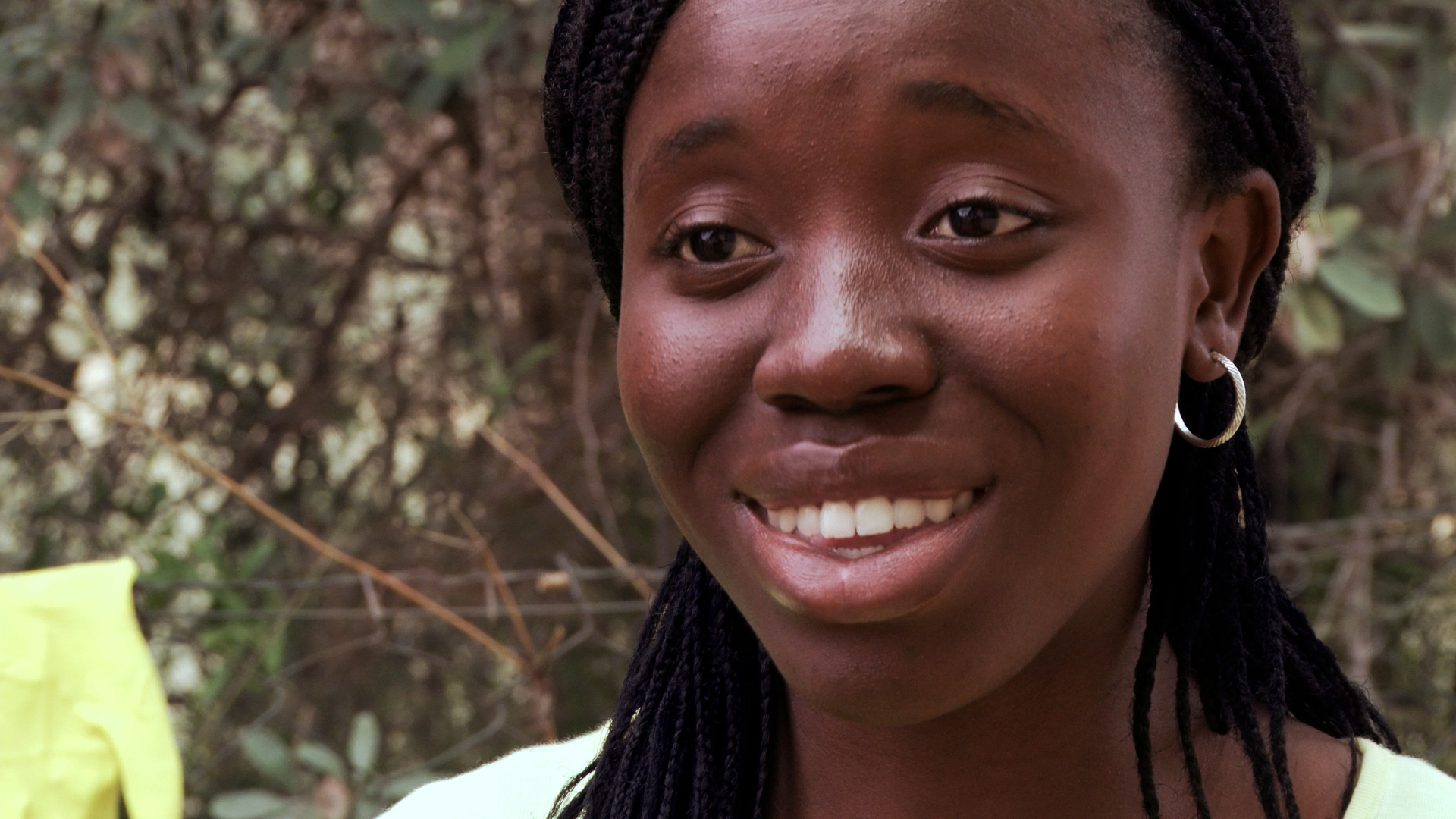 Even though Mumbi had done Face the Nation the previous year, she was still one of the youngest on the trip. She quietly carried out her duties both years and has a unique perspective on the different cultural dynamics in the Botswana. Although, born in Botswana, Mumbi's parents are from Zambia and put Mumbi in Botswana schools where only English and French were taught. Unlike many of her peers, Mumbi did not grow up learning or speaking Setswana in her home. That sometimes made life on the road with Setswana-speakers a challenge for Mumbi. She brought a lot of jokes to the team as the "little sister" on the road. And even though the team had uniforms, her fashion sense was impeccable—she was often found cleaning her bright, white shoes before our dawn departure times.

Update: Mumbi did not participate in Face The Nation the following year, but is still close to many of her team members. She is still studying at the University of Botswana. 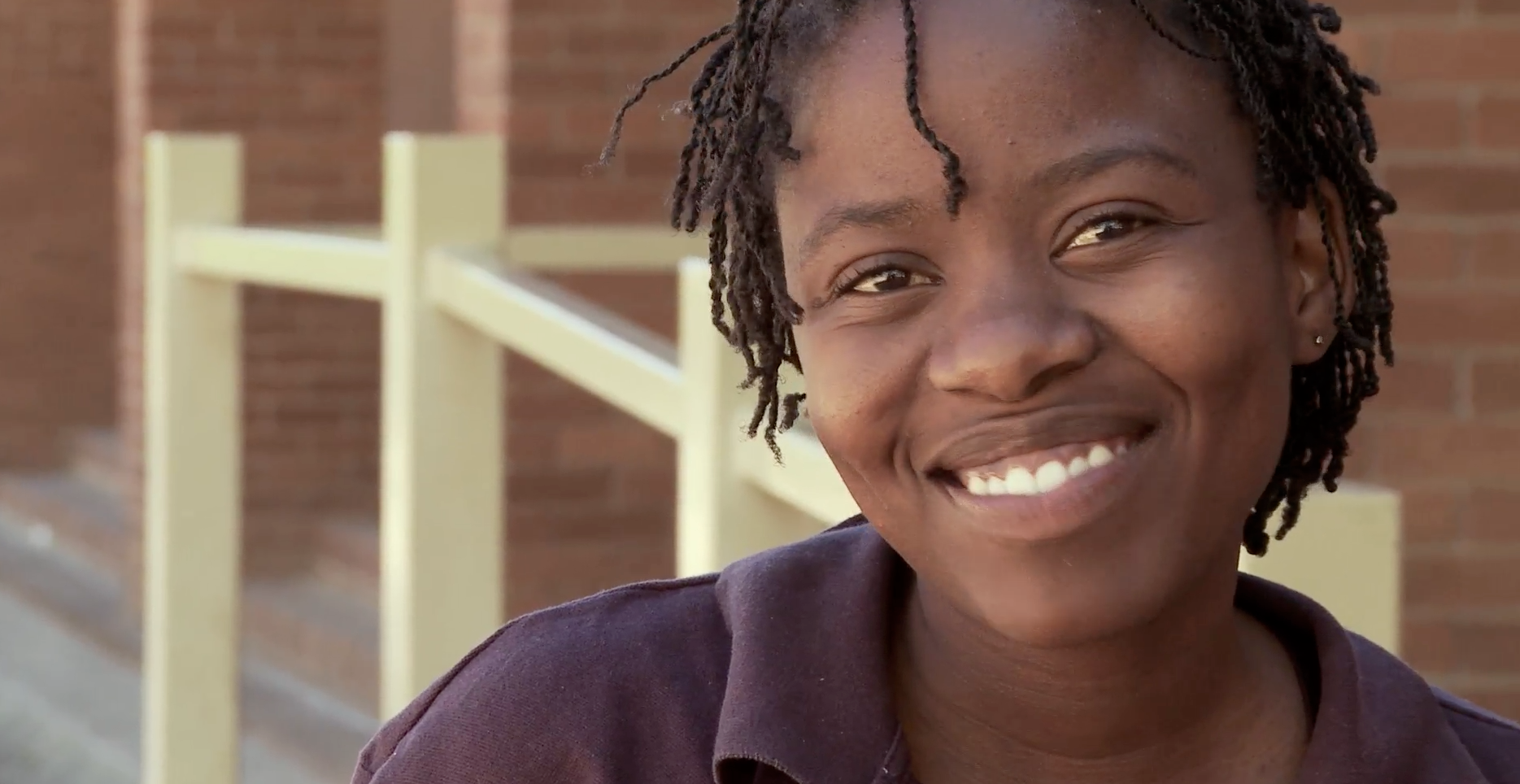 Tumi has a great voice for articulating the gap between the younger and older generations, and the modern and traditional lifestyles in Botswana, but is a modern woman. Tumi wants to be a pilot. She is working to become a licensed pilot and loves spending her time up in the air whenever she can. She describes herself as a quiet good girl, who spent her days in high school avoiding the dangerous activities her peers were drawn to. One of the best moments on the road was Tumi telling the story about how she found a snake eating a rat under her bed. She had everyone crying because they were laughing so hard. Tumi was very close with Kenny and they had many, many laughs along their journey.

Update: Tumi did participate in Face the Nation the next year in 2010. She went back on a different team that traveled only to the southern part of the country. 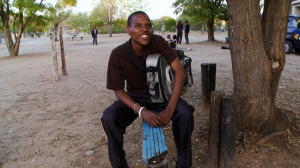 Odi grew up in the city and the trip around the country was his first time visiting many of the rural areas and was not experienced in bush camping. He entered the Beast every morning for that day’s drive with a cup of coffee in his hands. Although soft-spoken, he learned how to communicate more with his teammates throughout the trip as they endured very close living quarters with each other. In one of the bravest moments of the film, Odi allows cameras to follow him as he gets his first HIV test.

Update: Odi is finishing up his final year at the University of Botswana. His degree will be in accounting. He is dating a "kind and beautiful jewel" and has remained committed to a lifestyle of abstinence. Odi says he often thinks back about the impact the youth of Botswana had on his life. 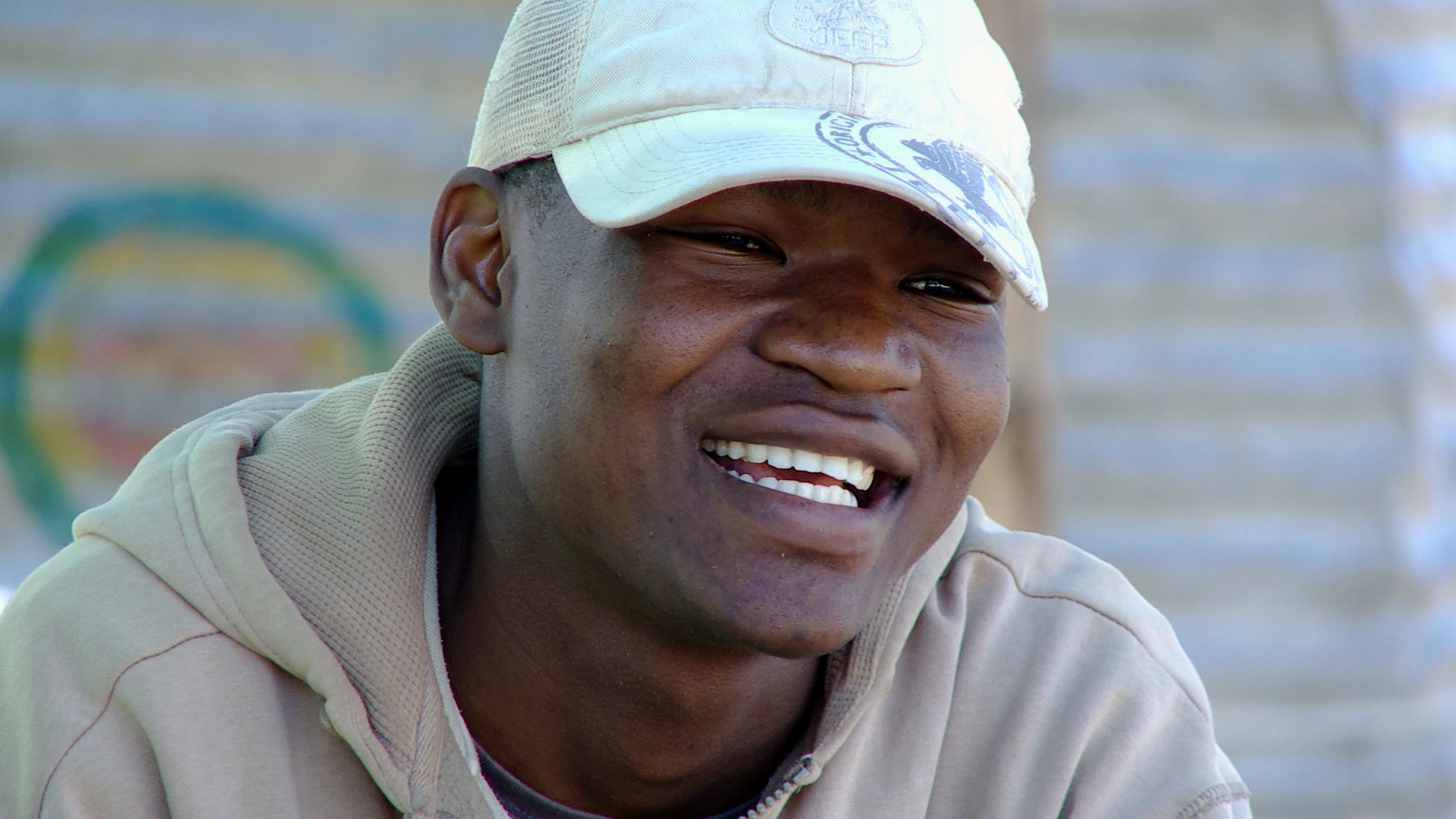 Kenny describes the ways he's different from many of his teammates in the film as he prepares a fire for morning chores. Because of tragedy in his own life, he largely fends for himself, living alone. The time he spent on the road was a definite change in company for the quiet student used to caring for himself. Often, Kenny would take time away from the group, collecting his thoughts, leaving the group to wonder where he went. He mostly felt that he didn't fit into a group of peers who he thought had an easier life, or less worries. He formed a close friendship with Tumi, and his sarcastic humor was a welcome relief from the road stresses. 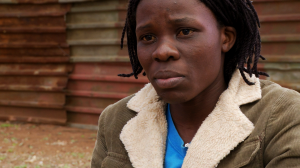 Agnes was one of the most surprising people on the trip. Raised in a rural village near a cattle post in Northern Botswana, she is a strong woman with a strong story. She lived in a thatched-roof house and worked tirelessly to help her family in their home. She has a sense of adventure, too! About three-quarters of the way through the trip, I learned that she had studied abroad in Switzerland. In the winter! For a woman from the Kalahari Desert, that was quite a change of scenery. Agnes was seen as one of the mothers on the trip. She was quick to lovingly keep all the girls from bickering or losing their way.

THE REST OF THE RALLY TEAM 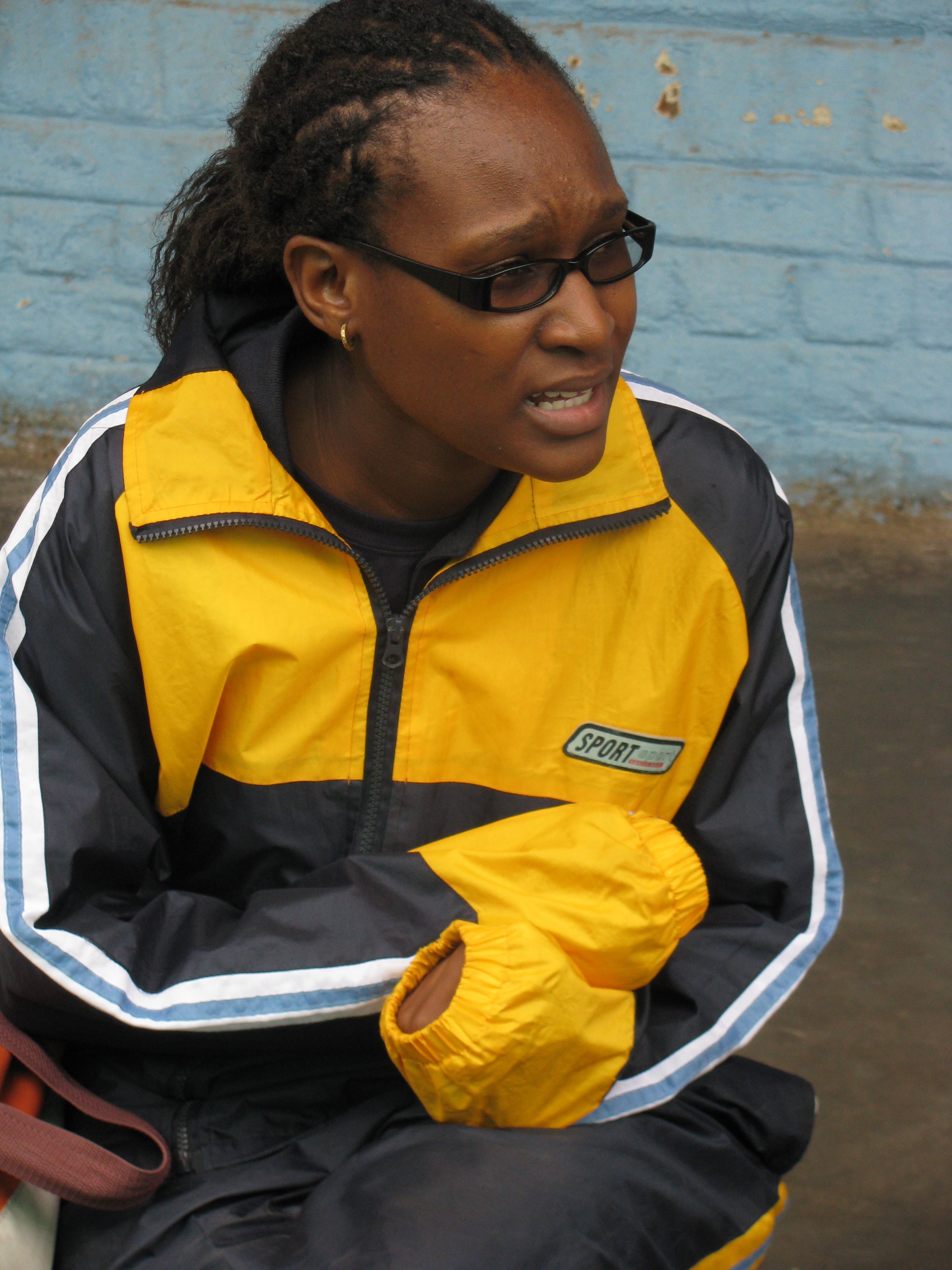 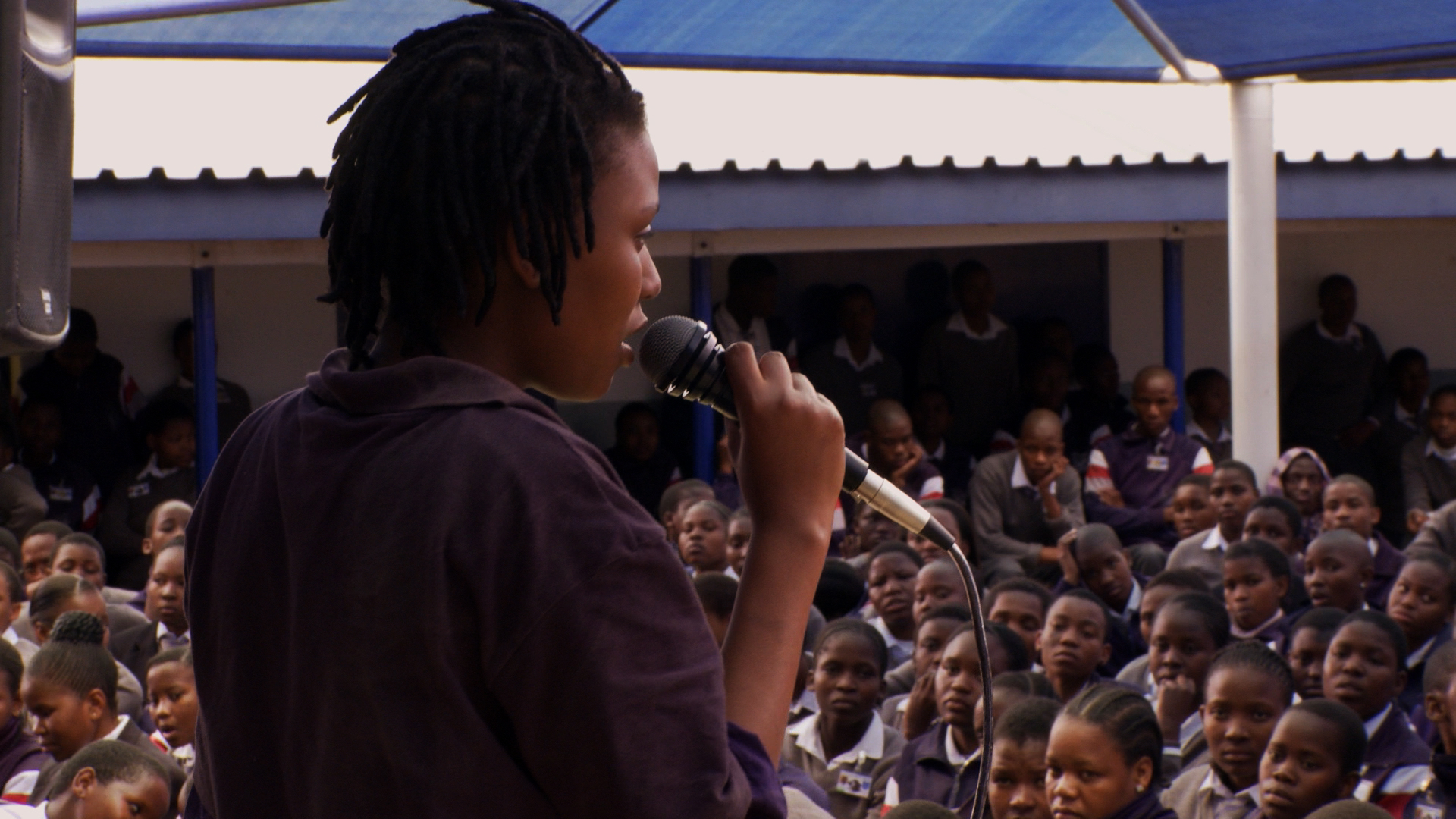 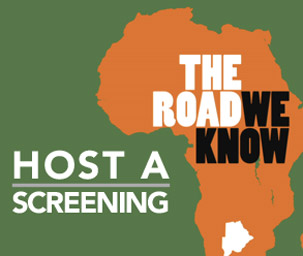